The Twilight Zone of Femininity

Kathryn lives in North Dakota, working with her pastor to establish a safe place for other queer*** Christians in her parish. Check out her story about being a bisexual Christian woman committed to a historic sexual ethic.

When I was twelve, I watched Star Wars: Return of the Jedi. I had a massive crush on Han Solo (who doesn’t?)… and a massive crush on Princess Leia. That same year, I was diagnosed with endometriosis—a painful condition which affects some 20% of women worldwide and is one of the leading causes of infertility.

To say that I felt out of place in my church is an understatement. Growing up a homeschooled Catholic in a rural area meant growing up surrounded by people who weren’t used to experiences outside of their own bubble, and that bubble was stiflingly small. I was treated to many, many sermons about the virtues of Catholic women: committed celibacy in a convent, faithful marriage, motherhood. I watched as most of my peers fell in love and got married. Inevitably, their lives would be filled with marital issues and marital victories and little squirming bundles of delightfully chubby babies. A few friends entered convents, and occasionally I hear updates about their love of the community and the closeness that they feel to other women who are called to this quiet, contemplative life. Meanwhile, I have watched, not knowing where I can fit into the feminine world. The role of motherhood may never be realized as my own body seeks to destroy my fertility, but the role of that quiet and communal life in religious contemplation is likewise barred because I am openly bisexual.

A cold reality for me is that, due to endometriosis, I may be infertile. I might never become a mother—something which I rather want to be. My body attacks itself in ever-more-painful ways that become harder to combat with each passing year. Looking at images of Mother Mary cradling Christ used to bring such comfort to me. Now I look at such imagery with bittersweet pain. Here is the woman held up as the epitome of holiness for all Catholics. She is the mother of the King of Heaven. And while motherhood isn’t the only path to holiness, it’s often idealized in the Catholic tradition as the most noble of feminine vocations. Often, Mother Mary and many other women saints are only discussed in their roles as mothers. Femininity within religion is often seen through the lens of marriage and children. It’s hard to accept that what is considered most feminine may be denied me by my own traitorous body.

Being bisexual often feels like being in the Twilight Zone as well. When sexuality is discussed within the catechism or within faith groups, it’s often talked about in terms of absolutes. “You are gay, or you are straight.” If you’re interested in a relationship with someone of the same sex, then you are gay and called to celibacy. If you’re interested in a relationship with someone of the opposite sex then congratulations, you should discern the married life. If you’re attracted to both possibilities? Then nobody is quite sure what to do with you. Experiencing same-sex attraction often precludes people from joining a religious order because superiors are concerned with near occasions of sin. Likewise though, it is often assumed that if a woman is attracted to the same sex (regardless of whether she is bisexual or lesbian) then she must be called to celibacy. The reality of bisexual attraction is reduced to being “lesbian lite.” This does a disservice to many bisexual people, men and women both. We can be called to the married life, and may very well be quite happy in a mixed-orientation marriage. Yet as soon as a bisexual person enters into marriage, they’re no longer seen as bisexual. We’re told to pipe down about our attraction or told it doesn’t matter anymore if we’re married. Then when I, as an unmarried bisexual woman, attempt to join any of the several general Christian women’s groups in my area, I’m usually met with a conversation that goes as follows:

“You can’t join. It’s okay to be celibate. It’s not okay to talk about being same-sex attracted though.”

About a year ago I talked with other Catholics online about my dissatisfaction with being treated as if my sexuality doesn’t matter since I’m committed to a historic sexual ethic, but it clearly matters enough that it’s used to exclude myself and other queer*** Christians from groups that are supposedly meant for all Christian women. Publicly, I was told that it wasn’t important and I should pipe down, and I was offered many passive aggressive “I’ll pray for you”s. Privately, I received several messages from other bisexual Catholics who also felt invisible to their communities, neglected by their priests, and brushed aside when they speak up because they’re less than convenient.

So imagine, then, what it is like to be a woman in the Church who is both infertile and bisexual. Often, it seems like there is no place in the Church’s femininity for me. My sexuality is seen as precluding me from marriage and—more frequently than not—from the communities I seek friendship and fellowship in, and then my own body attacks me and denies me the very thing which is seen to make me most womanly.

When I look for support… I find none. Even when our priests and ministers want to support lesbian and bisexual women, there are no resources for them to turn to in order to learn about our experiences or how to help us bear our crosses. They are left floundering, not knowing how to help us navigate our world and our faith.

There is no support group for young women who are struggling to find peace in queer femininity. A femininity that doesn’t look like what the icons show but that can be just as holy. We’re told it’s okay to join the general groups for women, but when we are honest and open about our struggles we are told that talking about being same-sex attracted isn’t allowed. We are not allowed to have temptations or struggles that are seen as unwomanly. We are not allowed to have temptations that others do not find relatable and that might spark an uncomfortable conversation about what it means to be a holy woman, if that image does not involve motherhood or the convent. We need support; we need to be able to speak with honesty and vulnerability about our experiences; and we need to not only connect with our faith as individuals, but be truly embraced by the community of the faithful. To do this, our ministers and teachers must be able to see and hear the lives and voices of queer Christian women.

Queer Christian women live in a twilight zone of femininity. We are suffocating in a shoebox in the closet because when we try to exist outside the closet, we are met with scorn. When we try to exist outside the shoebox—the nicely fitted feminine virtues of motherhood—we are told off for not being womanly at all. Equip’s resources for ministering to sexual minority women, specifically “God’s Heart for His Daughters,” will give ministers a chance to help us step outside the confines that have boxed us in and work with us to find out what it means for us as individuals to be women in the Church.

Get access to “God’s Heart for His Daughters” today through our Virtual Course.

***The word queer is used here as an umbrella term for all sexual and gender minorities—people who experience same-sex attraction, experience no sexual attraction, or experience gender identity questions. This word is not meant to communicate anything about the individuals’ sexual ethics, relationship patterns, or gender expression. 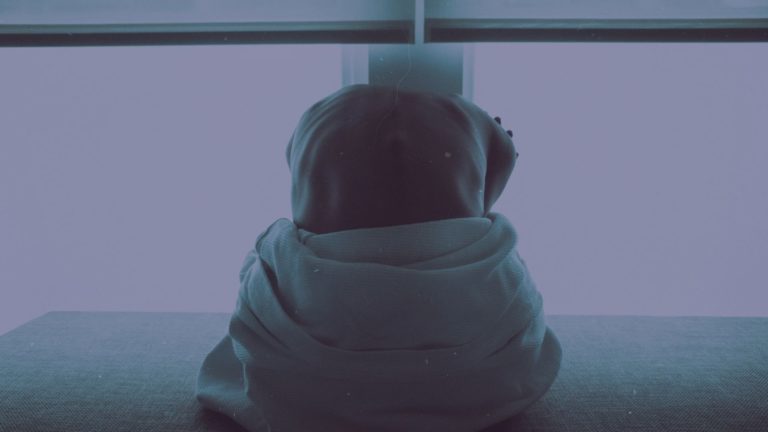 Previous
Where is God in all of this?
Next
Visibility for Bisexual Christian Women