Till Orientation Do Us Part

At 12:01pm, a message arrived in my inbox that caused my heart great sadness and began a series of flashbacks in my mind.

The message read, “My husband and I have been married for nineteen years. We both entered into this marriage knowing that he was gay, although what that has meant has changed over time. The last couple of years have been extremely difficult. When we began our journey, we both believed in a historic ethic of sexuality and marriage, but that has shifted for my husband to such a degree that I am fairly certain he is going to choose to leave our family.”

I know what this woman’s future will be.

She’ll soon find text messages and pictures on his phone that give her knowledge of her husband’s multiple affairs. She’ll confront him and he’ll shrug. He will remind her of the times she failed him as a wife, and ask her how he could possibly stay married to her when she’s not what he expected, not good enough for him. He’ll begin to sleep in the guest room. He’ll no longer be able to tolerate being seen in public with her. He’ll google “divorce lawyers good with custody battles” and won’t bother to clear his history. He’ll stop coming home after work and instead stay out late, sometimes until 2 or 3am.

She’ll keep most of this a secret, believing that somehow, if she can change into what he wants, she can fix this. So she’ll try harder. But he’ll tell her that he doesn’t love her like that. That their relationship has been him using her to hide and make himself acceptable to a straight world.

And then he’ll leave, unexpectedly, one Saturday. After a two-day absence and no answers to any of her calls or texts, he’ll call and say, “I think it’s time for me to move out. I’m coming by to pack a bag.” And she’ll sit on the couch in stunned silence, with pressure in her chest so intense she can hardly breathe.

Her toddler will ask, “Where’s Daddy?” and she’ll have no answer. She’ll pray for God to bring him home, for restoration of their marriage, for some sign of hope. And then divorce papers will come by special courier who will ask her name, ask her to sign, and then hand her a thick envelope.

He’ll move to a new city, hundreds of miles away, eager to start over and begin dating the men he meets on an app. Eager to get away from the family that hinders the life he wants to have.

After countless conversations about how they’ll share parenting duties and who gets the house, and after thousands of dollars spent on lawyers and mediators, they’ll sit on opposite sides of a courtroom. A judge will ask him one question: “Does this marriage still suffer from irreconcilable differences?” He’ll answer, “Yes.”  And the judge will say, “I grant this divorce.” And that’s it. Legally, their marriage will be over. With four words. The same number of words they said when they married: “I do.” “I do.”

Here’s the truth: I can’t actually see into the future. In reality, this is my own story. That’s how things played out for me.

After my husband chose to leave, I was left to pick up the pieces of my shattered world. I was forced to move from being a stay-at-home mom to working three part-time jobs, battle depression so deep I could barely get out of bed, and somehow continue to be a present and engaged mom to a toddler and a newborn.

Christians didn’t quite know what to do with me as I struggled through the dark, turbulent waters of divorce. They were sad, yes. And many cried with me and prayed for me. But I felt the intense shame that divorce brings, especially as a member of a church, and I lost some of my friends because they found it too awkward to be around me or found it too difficult to be in deep relationship with a person buried in grief and depression. I felt the deep ache of loneliness that comes when your forever companion isn’t forever anymore, and I sat in the pew alone on Sunday mornings, struggling to stand and sing about finding joy in Christ when my soul felt dead.

Yes, in some ways the Church failed me after my divorce. Not out of malice or neglect; they just didn’t know what to do as I worked through a two-year process of divorce. They didn’t know how to respond to a gay ex-husband. So is the solution to offer better care for divorcees? That’s not a bad idea, but I think a better solution is this: prevent divorces before they occur. How can churches do that? Read on.

I often wonder what might have been different in my life and my ex-husband’s if, when we were in elementary school, the Church had been intentional about teaching kids God’s design for family, marriage, and committed singleness. If, instead of picking up the message that we had to get married to find family and that marriage was the pinnacle of human delight and satisfaction, created so that we could find a forever companion, we had learned that we’re all made for family, regardless of our marital status. That we all need the intimacy, friendship, companionship, and love that family (as defined by Jesus in Matthew 12:46-50 and Mark 3:24-25) provides. That marriage, while beautiful, is hard work and full of sacrifice and even loneliness sometimes. That marriage is for the purpose of displaying the gospel and raising kids, not for our own personal fulfillment.

If our children’s minister had spoken about God’s goodness for gay people and how God’s designs for sexual stewardship are good for all people. If my ex-husband had felt safe enough to tell someone that he experienced same-sex attraction when he was eleven rather than hiding it and becoming “super spiritual Christian guy” until he couldn’t suppress it any longer at age twenty-seven. If I had felt confident enough to discern with God about whether I should get married, rather than looking to marriage to give me worth. If we hadn’t been taught that Christians who weren’t married were less mature and not fit for leadership. If we had both seen people in our churches thriving in committed singleness for the sake of the kingdom. Could the Church of our childhood have prevented our divorce had those things happened?

Church, what are we teaching our kids about submitting all of our lives to King Jesus, including the decision to marry? About faithfully stewarding our sexualities according to God’s designs? About the purposes of marriage and the permanency of such a union? About the option of singleness for the sake of kingdom work? Because it matters. What we teach our children now will deeply impact the way they view relationships and where they find contentment later on. And may even prevent a few divorces in the future.

I don’t want any kid who grows up in the Church to come away with the idea that they must marry to find family. Or that if they experience same-sex attraction, God doesn’t have good in mind for them and they must go outside His Church to find the best things in life or to find a family.

Church, our best work on behalf of marriages is preventing divorce before it happens. And to do that, we must teach our kids about family, intimacy, marriage, singleness, sex, and sexuality in theologically accurate and compassionate ways. Not sure where to start? We’ve got you covered. Equip’s Parent Course will help you lay a solid foundation for what God-honoring relationships look like, and it will help you respond well to the cultural questions at the intersection of faith and sexuality.

Follow this link to learn more and register for one of Equip’s upcoming Parent Courses. Parents, please don’t miss the opportunity to begin speaking about God’s good plans for marriage and singleness. It matters. And it may one day prevent a divorce. 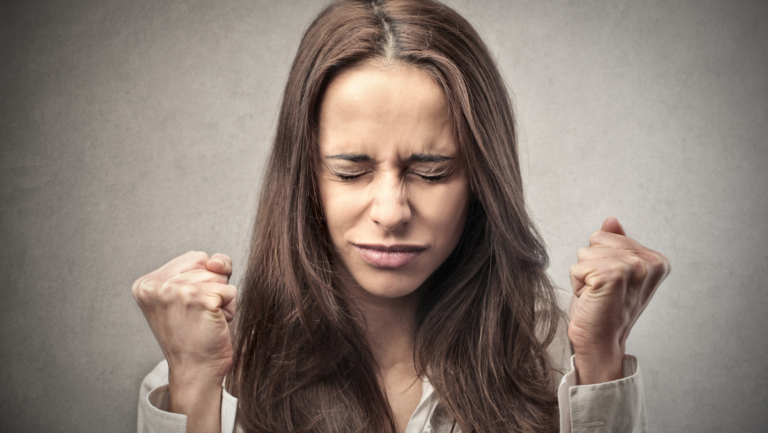